The Coronavirus Has A New Name: COVID-19 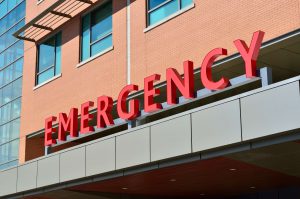 We’ve been talking about the 2019 Novel coronavirus for weeks, but now it has a new name.

On Tuesday, February 11, 2020, just 12 days after Health and Human Services Secretary Alex M. Azar II declared a public health emergency for the U.S., the virus in question has been given an official name by the World Health Organization (WHO).

Previously referred to as the 2019 Novel Coronavirus (2019-nCoV), the virus that began its path of destruction in Wuhan, China will now be referred to as COVID-19, which stands for Corona Virus Disease 19.

Currently, there are 7 different strains of coronaviruses that can infect humans. You can learn more about them here.

On Wednesday, February 13th, the world saw a huge spike in deaths and confirmed cases of COVID-19, which raised alarm. According to the reports, this spike is a result of the Hubei province expanding its definition when diagnosing those infected with COVID-19. According to the BBC, the province itself saw an increased total of 14,840 new cases of infected persons on Wednesday alone, along with 242 deaths recorded. Prior to this announcement, the outbreak had appeared to be stabilizing.

Along with Wednesday’s large increase in cases and deaths, two of Hubei province’s top officials were sacked and are now being accused of attempting to cover up the full extent of the outbreak.

Reports continue to come in from other countries affected as well. This week, Japan reported its first coronavirus-related death, while forty-four people were confirmed to have been infected and quarantined on a cruise ship in Japan on Thursday.

Today, the largest COVID-19 study to-date has been released. China health officials have published a research report that gives details on over 44,000 cases.

According to the research, the highest fatality rates are among those who are 80+ years as well as hospital staff. On Tuesday, Liu Zhiming, a hospital director in Wuhan died from the virus.

The cruise ship that was previously quarantined last week due to an outbreak of COVID-19 onboard is still on lockdown, but the home countries of passengers have begun to evacuate them and transport them home. According to the BBC, more than 450 of the 3,700 passengers on board have become infected with the virus. On Tuesday, planes carrying U.S. citizens from the cruise ship arrived in California and Texas. These passengers will be isolated and held for two weeks at military facilities to confirm they are not infected.

We will continue to update this story as it develops to keep you informed. For more information on the COVID-19 and other coronaviruses, please download our complimentary PDF fact sheet here.